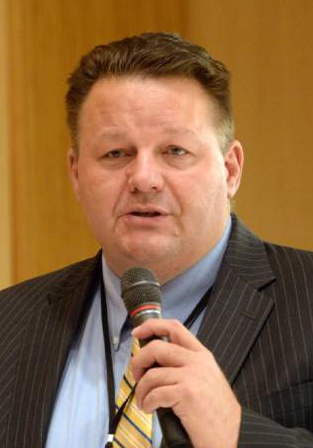 Christopher Harmer, Commander, US Navy (retired), is an internationally recognized expert on state sponsors of terror and foreign terrorist organizations, particularly in or related to Iran. He has had over 500 television appearances on news programs, including CBS, CNN, MSNBC, Fox, and BBC. He has been quoted in several hundred newspaper and magazine articles, including the New York Times, the Wall Street Journal, Washington Post, Los Angeles Times, Time magazine, US News and World Report, and Foreign Policy. He has published dozens of in depth reports on Iran’s international state sponsorship of terror.

Commander Harmer enlisted in the United States Marine Corps as an infantryman at the age of 17 and was later given a direct admission to the United States Naval Academy. He graduated in 1991 with a degree in Military History and served as a Naval Aviator for 20 years, flying the SH-60 Seahawk as a Combat Search and Rescue pilot. Commander Harmer was selected to serve as an Instructor Pilot and eventually qualified as a Weapons and Tactics Instructor Pilot, the highest qualification given to Naval Aviators. Commander Harmer participated in multiple direct action operations after the attacks of September 11, 2001, serving in Iraq, Kuwait, Saudi Arabia, Bahrain, and the United Arab Emirates.

In addition to his time as a Naval Aviator, Commander Harmer also served as a strategic planner on the Joint Chiefs of Staff in the Pentagon specializing in NATO Command and Force Structure. During his final tour in the Mideast, Commander Harmer was selected to be the Director of Future Operations for the U.S. Navy Fifth Fleet in Manama, Bahrain, where he was instrumental in planning the recovery of MV Maersk Alabama from Somali pirates in April of 2009.

Commander Harmer retired from active military service in 2011 and accepted a position with the Critical Threats Project at the American Enterprise Institute (AEI). He later accepted a position at the Institute for the Study of War (ISW) as its Senior Naval Analyst. At AEI and ISW, Commander Harmer’s primary research focus was Iranian maritime capabilities, including the Islamic Republic of Iran Navy, Islamic Revolutionary Guards Corps Navy, Islamic Republic of Iran Shipping Lines, and National Iranian Tanker Company. In 2017, Commander Harmer was hired as Chief of Staff to Congressman Chris Stewart of the House Intelligence Committee, and left Capitol Hill in 2019.

Commander Harmer is a graduate of the United States Naval Academy, the Naval War College, and the Johns Hopkins University School of Advanced International Studies.
Commander Harmer and his wife Roshelle are the parents of two children and live in Arlington, Virginia.