Senator Hank Brown, an example of timeless leadership, has long been known for his dedication to the values important to the Leadership Program of the Rockies. Throughout his career of government service in the United States Senate and House of Representatives, his many years involved with higher education, and his role as the head of the The Daniels Fund, Hank has championed the Constitution, free market capitalism, and the proper role of government.

Currently Senior Counsel in Brownstein Hyatt Farber Schreck’s Denver office, Hank is a member of the Government Relations and Natural Resources groups. Recently, he served as the 21st President Emeritus of the University of Colorado (CU).  His tenure at CU is marked by successes with record enrollment numbers, donations, and diversity growth.

Prior to his time at CU, Mr. Brown was president and CEO of the Daniels Fund.  Much like its founder, Bill Daniels, Hank is known for his ethics and integrity. He fosters an entrepreneurial spirit and demonstrates compassion.  He is credited with reducing the organization’s overhead by 35 percent and shifting $2 million per year to increase grants and scholarships.

From 1962 to 1966, he served in the U.S. Navy where he volunteered his service in Vietnam and was decorated for his combat service as a forward air controller. 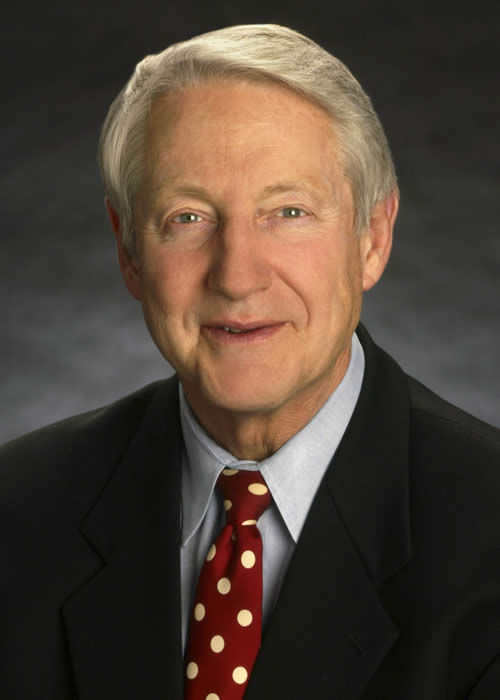